It is Monday again which means that it is Magpie Monday but more importantly that I am still here and blogging after some truly awful days of worry and strain.

My Dad telephoned on his birthday on 15th. I imagined that he was phoning so we could say "Happy Birthday" but it turned out he was reporting that he was ill. He was in France on the first part of his 5 week holiday. I was told not to worry. Now what do you do when people say not to worry? Go into total panic mode right?

On the Saturday, we went to the Infant School Fair. I did not really feel like it but you have to keep going when you have children don't you? My husband had probably worked out that I was better off doing something than brooding.

We stopped at the toy stall and my son immediately saw a plastic rocket. I asked how much it was and was told "donations, whatever you want to pay". As it was for the school funds, I said £3 which I thought was reasonable. "If that's all you want to pay" said the stallholder huffily. I moved away after buying another plastic toy as I did not really like her attitude. If you don't come up with a price, how can you complain when someone makes an offer you don't like?

The book stall also proved challenging with a husband and wife team. The husband was keen for me to make offers but if you went when the wife was there she would quote extremely high prices. I went with my husband at which point the whole attitude changed and I picked up a Delia "How to Cook" book. To my regret, I left behind a load of vintage cookbooks such as "The Mixer Book", "The Freezer Book" and one all about different festivals. However, I did also pick up a Katie Fforde and the Claire Rayner autobiography. 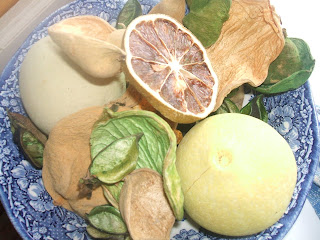 Then it was onto the tombola as my daughter wanted to win a teddy bear. She does not agree that the thrill of the tombola is the randomness of the prize. She believes you just keep having a go till you get what you want. So on the quest for the teddy, we also picked up a necklace and bangles set, body moisturizer and some Marks and Spencer pot pourri. 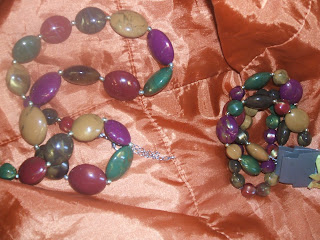 I intended to do the charity shop as usual on Saturdays but something told me to go home. This was good as when we arrived we took a phone call saying Dad was rushing home from France to access British healthcare.

In a way I feel guilty for going out at all but at least we banked some happy hours before Dad came hope and it became action stations.
Posted by mumsarcade at 09:50