I am leaving this blog in abeyance.

Partly because Blogger keeps playing up so that people can't leave feedback and the appearance keeps going gloomy.

Hope you like it and that if you follow me here, you will now follow me there but more importantly read me as I think I might need some cyberfriends as I move forwards.

Posted by mumsarcade at 03:39 No comments:

Reasons To Be Cheerful - Please link up

This feels like a very momentous post as I have the honour of hosting the most fabulous blog hop Reasons To Be Cheerful this week. For the unitiated, this a weekly hop where bloggers can celebrate the positives in their week. So it's time to shout out about your good news and joyful moments on your blog, link up and meet some other very lovely bloggers in the process. I can't rave enough about this blog hop. As someone who is too often at the mercy of negative self-talk, having a focus once a week to celebrate the great things does me the power of good. It is fabulous on the good weeks but even more useful sometimes on the challenging weeks where you realise there is always a little light even at the saddest of times. So what is giving me reason to smile this week. 1. My son is going on his first holiday without his family. Who am I kidding? I am just hoping he settles with his friend's family, that he feels able to deal with things and that he is happy to return home at the end of it. Not much cheerful about those elements but, on the other hand, how great that he is growing up and liked by other people. I have ironed and packed his clothing and he is ready to go. Wish him luck and wish me more. How I will get through the next 4 days without him ... 2. I found school pumps in the correct sizes in the supermarket, I have acquired enough uniform for son number 1, son number 2 is sorted from last year really and my daughter will benefit from the £15 Tesco voucher I won today towards Back to School gear. 3. My daughter is starting to sleep in her own bed much more and this is a huge leap as she has, until now, usually crept into my bed at some point. This does not bode well for marital reasons so if she carries on using her own bed, who knows what Reasons to be Cheerful I will have next week lol. 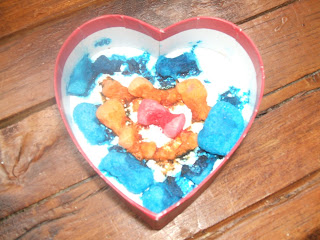 I usually do really long lists but am keeping it brief this week trying to be the hostess with the mostest. Ready, steady, go! Whether you have done Reasons to be Cheerful before or you are a newbie, you are equally welcome so let's smile, write down our good stuff and share some blog love. It really is very simple but hugely powerful and life-affirming too so give it a go. As Del Boy would say, go on, you know it makes sense. Next week, the wonderful Bod for Tea will be hosting Reasons to be Cheerful. It is quite nerve-wracking hosting such a well-respected and loved blog hop so please do support Bod for Tea next week.bod-for-tea.blogspot.com/ Big thanks to Michelle at Mummy from the Heart for trusting me with this blog hosting.
Posted by mumsarcade at 11:08 No comments:

I have done as Tara encouraged and thought outside the box for this week's theme of animals.

I have 3 children and we talk quite regularly about their Chinese Horoscope animal signs.

I have a rooster, a dragon and a monkey. But how can we work out which is which?

Here are images along with descriptions from the Chinese Horoscopes. 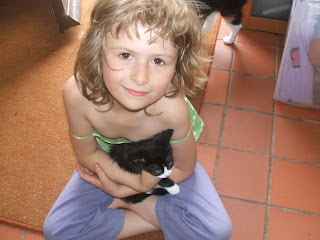 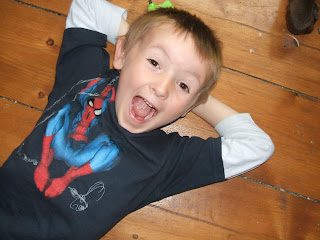 Rooster
They love to be the focus of attention, showing scant regard for the feelings of others and as a result they are often susceptible to flattery and sycophancy. Other personality traits include: vigilance, decisiveness, straightforwardness and accuracy. They have a love of debate and dispute, but can also be very critical and forthright. Roosters tend not to be very creative or adaptable, but still like to be noticed and especially to be given awards.

Dragon
Although energetic they are liable to become obsessive. On the plus side they seldom hold grudges and are generally quick to forgive. Dragons are said to be able to accomplish great things and those born in this year are also said to represent the horns of destiny. Needing a cause for which to fight, Dragons will never merely stand back and accept their fate or what life brings.

Monkey
People born under the year of the Monkey tend to be generally good at " mastering anything" they put their hands to, they are also successful. This is possibly due to a combination of personality traits including: charm, cleverness, quit wittedness and their love of a challenge. They are also crafty, competitive, envious and have a flexible character. At times they are capable of great dishonesty, they can be both self-centered and narcissistic and can often have a superiority complex, believing themselves to be above others.

Joining in with another favourite blog hop, Magpie Monday, where we celebrate bargain finds.

I don't often buy from Ebay although once you go on there, you realise that it provides a whole new treasure trove of lovelies to lust after. 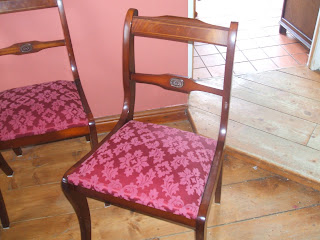 I went on looking for a table and chairs so that we can do that perfect family bit where you sit down and talk over dinner. I saw a lovely maghogany one with chairs and saw it steadily increase in bids until it was more than I wanted to pay. Narked but not for long because one that was the same but with a tiny picture came up the next day. I was the only person to bid on it. Was it the little picture or was it the fact that it only had 5 chairs that held it back. I don't mind as we only have 5 regularly eating here together so it is perfect for us. 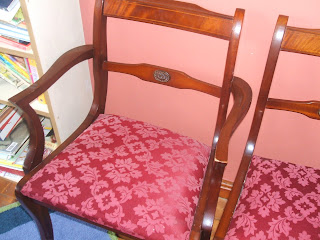 We reckon it is about 40 years old. I love it because it is great condition but not perfect so I don't have to badger the children if they damage it. It comes with a cover to protect the surface so we keep that on most of the time. Him Indoors loves it because it has one carver so he can sit in it and pretend he is in charge of us all. The children love it because we do the family together meals and also because it just tempts you into getting a board game out to play too. Another reason to love it is that I got the whole lot for a tenner! 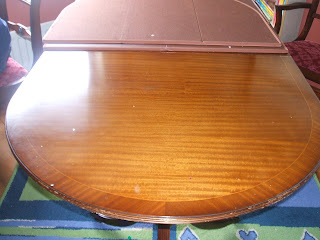 The table sits on a rug acquired for £15 via Netmums Nearly New Boards. 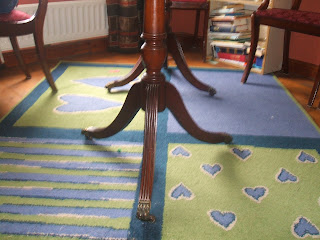 And finally, if you can bear it scroll down to "The Happy Couple" post below where you will see me in other Ebay finds on my wedding day.

Now go forth and see other lovely bargains from some very lovely ladies.

Posted by mumsarcade at 10:35 No comments: 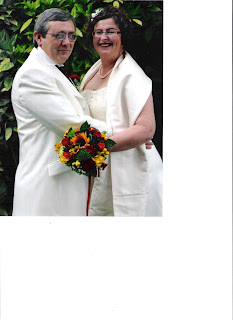 Posted by mumsarcade at 05:06 No comments: 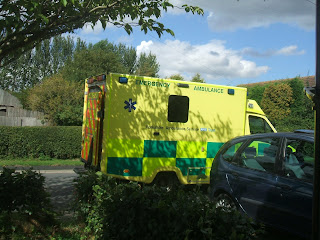 Posted by mumsarcade at 04:05 No comments:

Reasons To Be Grateful

Joining in with the wonderful blog hop organised weekly by the Maxabella Loves blog where we say what we are grateful for.

1. I am grateful for cupcakes. My daughter and I tried out the most wonderful Greens packet mixes today for cupcakes and they were yummy. I so love baking with the children.

2. I am grateful for getting out of the house more even if the weather is wet and yucky. We had fish and chips in the car last night parked up as the rain poured down but we had fun. Well, Him Indoors had less fun as he stood for 40 minutes in the rain waiting for the fish to be cooked to order.

3. I am grateful for the ability to laugh even when things are not perfect.